Matt Hasselbeck is retiring to become an NFL Analyst 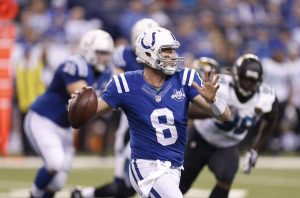 Matt Hasselbeck has retired from the NFL for broadcasting

Matt Hasselbeck, the quarterback who spent the last three seasons with the Indianapolis Colts, is expected to join ESPN this week, where he’ll replace Mike Ditka on the network’s marquee football show, Sunday Countdown, according to the Big Lead’s Jason McIntyre.

Hasselbeck was released last week and will do a great job on ESPN.  He is an old man, but he was a great back-up in the NFL, shoot maybe one of the best to ever play the game.