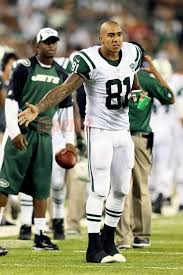 Kellen Winslow Jr. was drafted in the first round of the 2004 NFL draft, but the old tight end from the University of Miami wants to make a comeback. At the University of Miami, where he earned unanimous All-American honors and was recognized as the top college tight end. He was selected by the Cleveland Browns with the sixth overall pick in the 2004 NFL Draft. He has also played for the Tampa Bay Buccaneers, Seattle Seahawks, New England Patriots and New York Jets.

“My body feels good enough to come back and play at a high level, even better I think because I’m just a little wiser,” Winslow said on SiriusXM NFL Radio. “It was good to get away from the game just to work on me. I want to be a better player than I was before. I think I can.”

I am not sure any team will give him a shot, but he was a talented player.