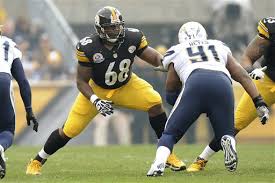 The New York Jets do not have a lot of cap space, but that is not preventing them to make moves. The team is hosting former Steelers offensive tackle Kelvin Beachum today.  Beachum is probably looking to up the offer from the Steelers, but who knows the Jets could be serious.

The Jets are also bringing in defensive lineman Jarvis Jenkins for a visit.

Jets also taking a look at several DL, bringing in Jarvis Jenkins for a visit among that group

The #Jets are hosting #Steelers LT Kelvin Beachum on a visit soon, source said. Pittsburgh is hoping to get him back, but some competition.

If Kelvin Beachum (ACL) is healthy & signed, it makes you wonder about the future of #Jets LT D’Brickashaw Ferguson & his $14M cap hit.