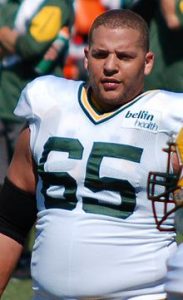 According to Ian Rapoport of the NFL Network, the Packers re-signed guard Lane Taylor to a two-year deal which will pay him $4.15 million, with $600,000 guaranteed.