Former UF quarterback Will Grier has talked to WVU, Ohio State and Miami 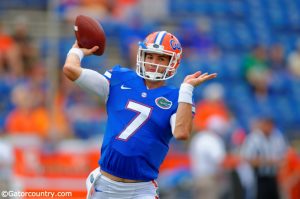 Ex-Gators quarterback Will Grier could have a new home soon

Former University of Florida quarterback Will Grier could have a new home soon. The former Gators quarterback was kicked off the team for testing positive for performance enhancing drugs.  Grier has been talking to several big schools including West Virginia, the University of Miami and Ohio State.

I think Grier would be a great fit for the Hurricanes, but who am I.

Former University of Florida quarterback Will Grier, seeking a new school after deciding to transfer in December, is on WVU’s campus today.

I’ve also been told he’s met with plenty others, including Ohio State and Miami (FL). https://t.co/5a8VvN04nd