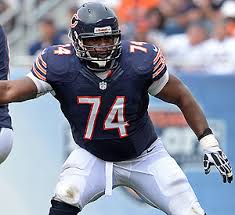 Bushrod has familiarity with Adam Gase, and could be an upgrade on their offensive line. Bushrod played college football for Towson University. He was drafted by the New Orleans Saints in the fourth round of the 2007 NFL Draft, and was the Saints’ starting left tackle in their successful run to the Super Bowl XLIV championship. He also played for the Chicago Bears.

Dolphins interested in former Chicago OL Jermon Bushrod as others have noted. Shoulder an issue but familiar with Adam Gase. He will visit.