Eagles are trading DeMarco Murray to the Titans 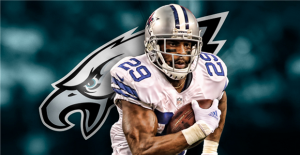 DeMarco is gone again. This time to Tennessee

Marcus Mariota is about to have a real running back. According to Adam Scheffer of ESPN, the Titans are finalizing a deal for DeMarco Murray. Murray was on the block and was just traded for last year by Chip Kelly and the Eagles.

This will be the third player that the Eagles have traded today from the Kelly era.

A trade & new contract has been orchestrated to make @DeMarcoMurray a member of the Tennessee @Titans. pic.twitter.com/WlUez4wyXT