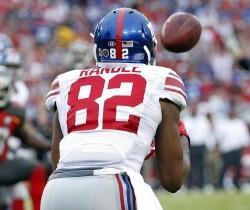 The Philadelphia Eagles are not done adding talent at the wide receiver position. According to Ian Rapoport of NFL Media Insiders, the Eagles have signed former Giants wide out Rueben Randle to a one year deal. The Eagles also signed former Ravens speedster Chris Givens.