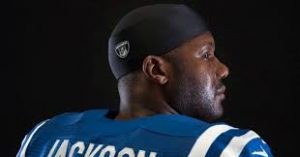 D’Qwell Jackson has been found guilty of simple assault

In Feb. 2015, Jackson was arrested after punching a pizza delivery driver in the face. Police said the incident centered around a parking space.

The man Jackson punched is suing the linebacker in civil court. That lawsuit will be heard in court on April 29.

The Colts signed Jackson as a free agent from the Cleveland Browns in March 2014. He made the Pro Bowl after leading the team in tackles during the 2014-2015 season. His interception in the AFC Championship Game set off the DeflateGate controversy.