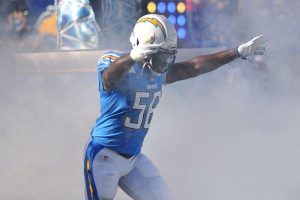 Butler played college football at the University of Washington. He was considered one of the top linebacker prospects for the 2010 NFL Draft, and was selected with the 79th overall pick by the San Diego Chargers.

As expected, Chargers have released ILB Donald Butler. Finished last year as backup and was due $4.65M base salary.