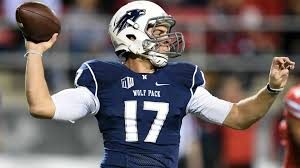 Today the San Diego Chargers will work out former Nevada quarterback Cody Fajardo according to Michael Gehlken of the San Diego Tribune. Fajardo played college football at the University of Nevada, Reno and was the Wolf Pack’s starting quarterback from 2011 to 2014.

After going un-drafted in the 2015 NFL Draft, Fajardo was signed as a priority undrafted free agent to compete for a backup spot behind Derek Carr with the Oakland Raiders. Fajardo spent time in the CFL as well as on the Toronto Argonauts practice roster.