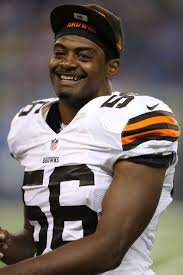 Today the Cleveland Browns released their starting linebacker. This comes moments after they signed Demario Davis the former Jets linebacker. It looks like the Browns are going in a different direction this season.

The move frees up some cap space, and according to Pat McManamon of ESPN, the Browns informed him today of the release.

Browns have informed LB Karlos Dansby that he will be released following the signing of Demario Davis. #Browns