Browns, Jets and Broncos are in the mix for Colin Kaepernick; Broncos front runners 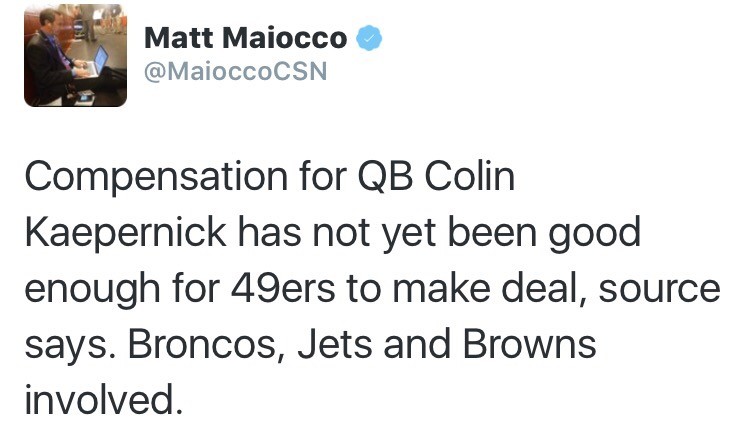 The Super Bowl Broncos are not the only team pursuing Kaepernick though. Matt Maiocco is reporting that the Browns and Jets are also interested.

If #Broncos trade for @Kaepernick7 they should draft a QB too. Wen you have a need at a position,” don’t get one, get two” @nflnetwork

Kaepernick played college football at Nevada, and was drafted by the 49ers in the second round of the 2011 NFL Draft. At Nevada, he twice was named the Western Athletic Offensive Player of the Year, and he was the Most Valuable Player of the 2008 Humanitarian Bowl.