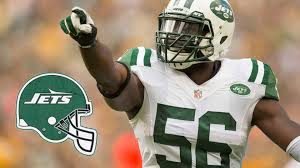 The Cleveland Browns have been rather quiet in free agency, but now that a lot of money has already been spent and they lost five of their former players to other teams, they have made another free agent signing.

Former Jets LB Demario Davis expected to sign with the Browns, according to a source.