Broncos may be forced to release QB Peyton Manning 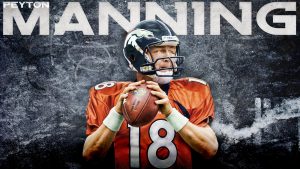 Could Peyton Manning be back in 2016?

Peyton Manning’s end in Denver will occur no later than Tuesday at 2 p.m. That’s when his $19 million salary becomes guaranteed. Cutting ties with Manning will free salary-cap space while leaving $2.5 million in “dead money” against the salary cap. The Broncos need cap room as they prepare to enter free agency Wednesday. The Broncos will need to make a decision and his agent says the Broncos will have to be the one to make the move.

“There’s a time when the contract becomes guaranteed, so they’ll just have to make a move before then,” agent Tom Condon told Dan Sileo of The Mighty 1090 in San Diego on Friday. “He’s completely aware of the guarantee obligation from the club on a date certain, and he knows that there has to be some accommodation prior to that.”

In part because Manning still hasn’t decided whether he wants to play in 2016.

“I couldn’t answer that accurately,” Condon said of whether Manning will retire. “I know better than to ask him. I understand that when he makes up his mind as to what he wants to do, he’s gonna let me know. But as of now, he wanted to take his time and be patient with the decision and make sure that he is sure. . . . Let’s face it, he loves it. He loves being the locker room, he loves working out and of course the interaction with his teammates, and he loves the game.”