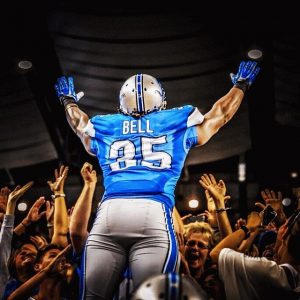 The Buffalo Bills are hosting former Detroit Lions running back Joique Bell for a visit according to Rand Getlin of NFL Media Insiders.

Bell was signed by the Buffalo Bills as an undrafted free agent in 2010. He played college football at Wayne State.

Bell has played for the Philadelphia Eagles, Indianapolis Colts, New Orleans Saints, and Detroit Lions. According to Getlin, he could be coming back to the team that initially gave him his first shot in the NFL.