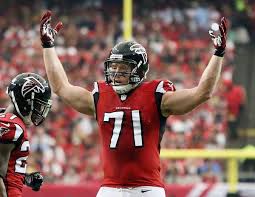 According to Conor Orr of NFL Media Insiders, is reporting that the Buffalo Bills and Rex Ryan are hosting former Falcons defensive end Kroy Biermann for a visit today.

Biermann was named the 2007 Big Sky Conference Defensive MVP after accumulating 70 tackles, 15 sacks, 18 tackles for a loss, and five forced fumbles during his senior season. Biermann became Montana’s first-ever recipient of the Buck Buchanan Award in 2007, as well, given annually by The Sports Network to the top defensive player in Division I Football Championship Subdivision.