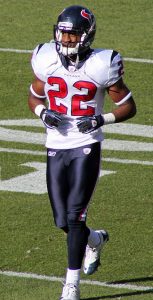 According to Brad Biggs, former Bears special team ace Sherrick McManis is visiting an AFC East team today. He led the Bears in Special Teams tackles last year.  The Bears are still trying to re-sign him, but he could be a good pick up for a team.

McManis was drafted by the Houston Texans in the fifth round of the 2010 NFL Draft. He played college football at Northwestern.

The Patriots are hosting both McManis and Frank Kearse.