#Bears have signed OL Manny Ramirez to a one year deal 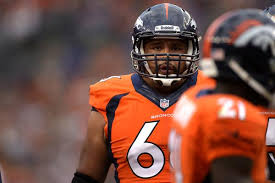 The Chicago Bears have signed former Denver Broncos offensive lineman Manny Ramirez. Ramirez visited the Bears on Tuesday and made the decision to reunite with coach John Fox and offensive line coach Dave Magazu, who he played under for four seasons with the Denver Broncos.

Ramirez, 33, has experience playing center and guard and is expected to be competition for second-year center Hroniss Grasu, the team’s third-round draft pick a year ago.

#Bears have signed OL Manny Ramirez to a 1-year contract