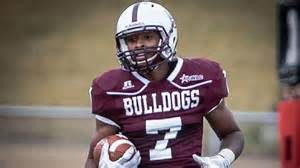 Alabama A&M University defensive back Danny Johnson died in car accident on March 24th.  This is a huge loss for the SWAC. Johnson was a sophomore at the university and served as a two-year starter on the Bulldogs’ defense. In the 2015 season, Johnson finished second on the team with 30 solo tackles and he broke up four passes.

This is the second SWAC player/alumni to die from a motor vehicle accident.  Tray Walker the former Texas Southern defensive back was killed in a motorcycle accident this past week as well.

“This is a tragic loss for the Alabama A&M University family,” said Director of Athletics Bryan Hicks. “Danny was a fine young man, a hard worker on the field and off. Our condolences go out to the Johnson family.”

Alabama State Troopers say the two-vehicle crash happened at 8:10 a.m. at the intersection of Alabama Highway 40 and Jackson County Road 124 on Thursday. Johnson, 20, was killed when the 2011 Kia he was a passenger in collided head-on with a 1999 Dodge pickup driven by Travis Clifford, 21, of Dutton.

A memorial vigil for an Alabama A&M student athlete killed in a car crash last week will be held tonight at the university.

The vigil for 20-year-old Danny Johnson will begin at 6:45 p.m. at Louis Crews Stadium, according to the university. Johnson, a sophomore football player, was killed Thursday.

His funeral will be at 11:30 a.m. Tuesday at the Fellowship of Faith Church on North Memorial Parkway in Huntsville. Visitation begins at 10:30 a.m.