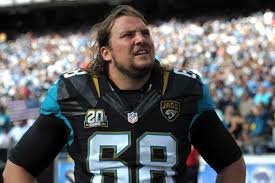 According to Adam Caplan the San Francisco 49ers have found themselves a new guard. According to Caplan of Fox Sports, the 49ers signed former Jacksonville Jaguar offensive lineman Zane Beadles to a three year deal worth 11.75 million dollars.

Beadles did not work out very well for the Jaguars, who signed him to a mega contract and he never truly panned out.