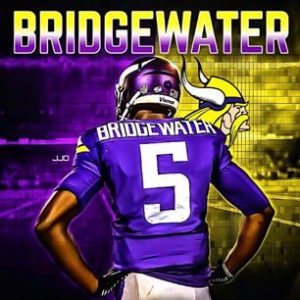 Teddy Bridgewater is an upcoming quarterback who led his team to the playoffs in his second year.  Bridgewater was a very solid quarterback and while his stats could have better, his coaches and upper management want him to start airing the ball out more.

“I think just the biggest thing that you want to see is maybe him letting it loose a little more,” general manager Rick Spielman told reporters this week, via The Star-Tribune. “I don’t want to call him cautious, but he took very good care of the ball because we don’t want to turn the ball over. I don’t want to speak out of turn for the coaches, just letting it loose a little more, giving some guys a chance to make plays even though it may not look like it’s open. I think that comes with time, the more and more the quarterbacks are in the league.”