Fred Jackson is the oldest running back jn the NFL right now and he is not ready to hang up his cleats according to Ian Rapoport. 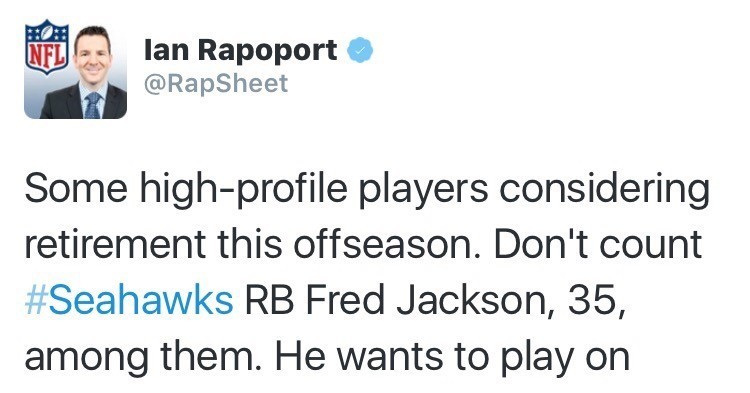 Fred Jackson is not ready to call it quits

Jackson had an awesome story. After playing in the Indoor Football League and going to NFL Europe, Jackson turned into a very solid player.

He was released by the Bills last year, and signed with the Seahawks. While Jackson’s friend Marshawn Lynch hung up his cleats, Jackson is not ready to do the same.