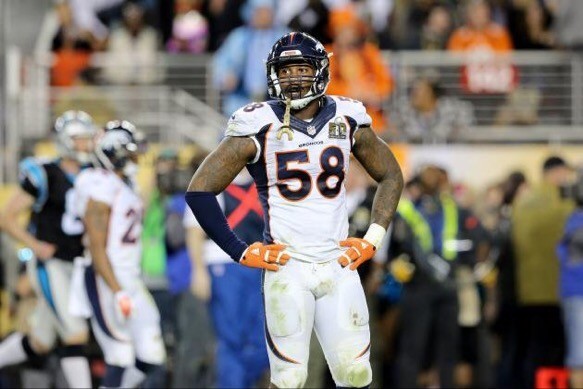 Von Miller knows about adversity. Miller himself has come back from a substance abuse suspension (and a torn ACL), but when he was asked about former Texas A&M quarterback Johnny Manziel, Miller stated he feels Johnny is on the right track now.

Von and Johnny text and talk according to the report, and Miller thinks his troubles are in the past.

“I truly believe he’s on the right track now.”

What do you think, Could Von Miller know something we don’t?