Steelers tight end Heath Miller has retired from the NFL 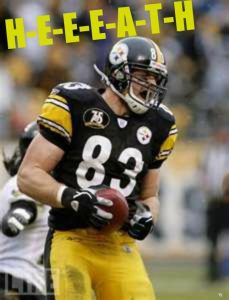 The Pittsburgh Steelers announced Friday that long-time TE Heath Miller has retired from the NFL.

Ian Rapoport (@RapSheet) 6 mins ago – View on Twitter
The #Steelers announced that TE Heath Miller, who played all 11 seasons in Pittsburgh, has retired.

Miller played college football for the University of Virginia, earned All-American honors, and was recognized as the best college tight end in the nation. The Steelers selected him with the 30th overall pick of the 2005 NFL Draft, and he was a member of the Steelers’ Super Bowl championship teams in 2005 and 2008.