Seahawks sign tall CFL wide out to a futures deal 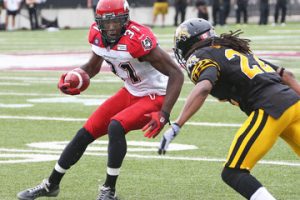 According to Scott Mitchell, the Seattle Seahawks signed former Texas A&M wide out Jeff Fuller to a future’s deal. Fuller was undrafted in the 2012 NFL Draft. He signed with the Miami Dolphins as a rookie free agent.

In 2015, Fuller recorded 47 receptions for 619 yards receiving and three touchdowns for the Stampeders.

Receiver Jeff Fuller has a deal in place with the Seattle #Seahawks, per source. #CFLFA