Seahawks have added a small school wide out; Steelers add 4 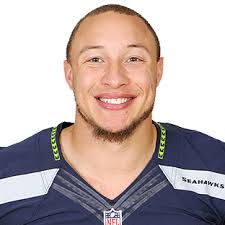 Slavin was originally signed by the Rams as an undrafted free agent out of New Mexico Highlands. The Rams released him during their first round of cuts on Sep. 1. The 6-1, 210-pound wideout spent a brief time on the Seahawks practice squad during the season.

We have signed four players to Reserve/Future contracts.