Seahawks cornerback Jeremy Lane hopes he can return to Seattle 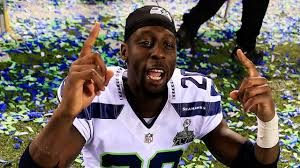 Seahawks cornerback Jeremy Lane hopes the Seahawks bring him back

Jeremy Lane suffered one of the worst injuries I have ever seen on National Television when he broke his arm, and the former Northwestern State cornerback worked hard to get back to 100 percent. In an interview this week with SiriusXM NFL Radio, Lane discussed his passion to stay in Seattle.

“Yeah, of course, if the situation was right I would love to go back to the Seahawks,” Lane said. “They were the team to give me my first opportunity to showcase my skills in the NFL and I appreciate them. They would be my number one choice I would go to if they were the right choice for me and my family.”

The Seahawks selected Lane in the sixth round of the 2012 draft. He can be an unrestricted free-agent on March 9 when the new league new begins. If Seattle does not re-sign him he will be ready, and he hopes he impressed other teams.

“That’s why I was training so hard to get back as quickly as possible to show the NFL that I was capable of being pretty good,” he said.