Redskins are expected to move on from Alfred Morris; It is a mistake 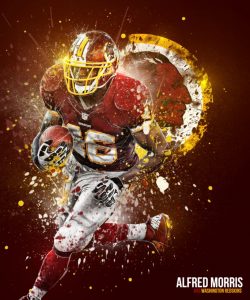 The Redskins are expected to move on from Alfred Morris. I just don’t get it…

The Washington Redskins are expected to move on from running back Alfred Morris. Many people are underestimating what Morris has meant to the Redskins.

Morris has been the team’s starting running back for the last four seasons, racking up 4,713 yards and 29 touchdowns.

While he’s been one of the most productive running backs over the last four seasons, Morris is coming off a career-low in yards (751 yards) and touchdowns (one).

“Anyone who’s met Alfred, anyone who’s seen Alfred, you look at him and you think this looks like a perfect gentleman, and you’re correct,” Allen said. “He is a superstar as a man, as a father, as a husband. He’s been incredibly productive for us and in fact, I don’t know if there’s a running back over the last four years who has more yards than him. And if you can name them, you’re only going to be able to name one or two or three guys, so he’s been productive. I think free agency is going to be a great test for him. If he gets a great contract, we’re going to applaud him. If not, we’ll see what happens with us.”

According to @john_keim WASH, unsurprisingly, is expected to move on from Alfred Morris. Matt Jones, come on down. Early ADP: 68.5, RB27.

I think this is a mistake. Someone will sign him and he will become a workload for them.