Raiders have signed punter Marquette King to a five year deal worth 16.5 million 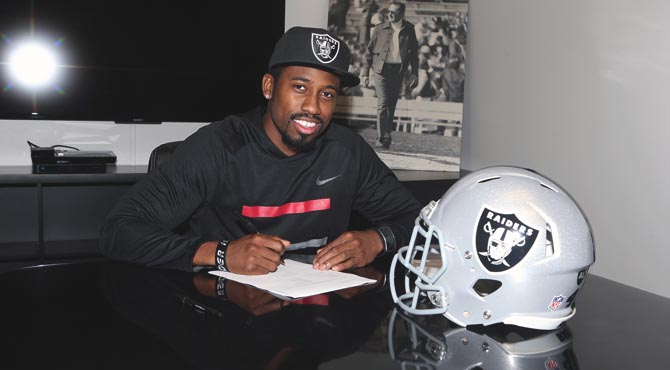 Raiders give Marquette King the big time deal he deserved

The Oakland Raiders announced Monday that they’ve signed P Marquette King to a long-term contract extension. NFL.com’s Ian Rapoport says that the deal is worth $16.5 million and includes $7.75 million guaranteed. King stands to make $10.75 million by year three of the contract.

Oakland originally signed the 6-foot, 195-pounder as an undrafted free agent in May 2012. After spending the 2012 season on the Reserve/Injured List, King has played in all 48 games for the Raiders over the last three seasons and has totaled 276 punts for 12,734 yards (46.1 gross average; 40.2 net average) with 94 punts downed inside the opponents’ 20-yard line.