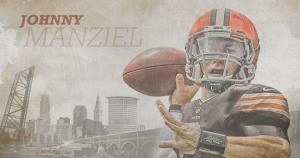 Johnny Manziel may be in hot water, and if he is in fact charged with domestic violence his career in the NFL could be shorter lived than Tim Tebow’s.

According to NFL.com, the Dallas police have concluded their domestic violence assault investigation of Johnny Manziel and have submitted their findings to the Dallas County District Attorney for presentation to a grand jury, which will determine whether the Cleveland Browns quarterback will be charged.

The Dallas Police Department released no details Thursday related to the probe, which stems from Manziel allegedly assaulting his ex-girlfriend, Colleen Crowley, during an argument last month. It has been categorized as a Class A misdemeanor assault / domestic violence case, which carries a maximum sentence of one year in jail and a $4,000 fine.