The New England Patriots will lose a very solid linebacker in Jerod Mayo, but another Patriots linebacker is happy the way he walked away from the sport. 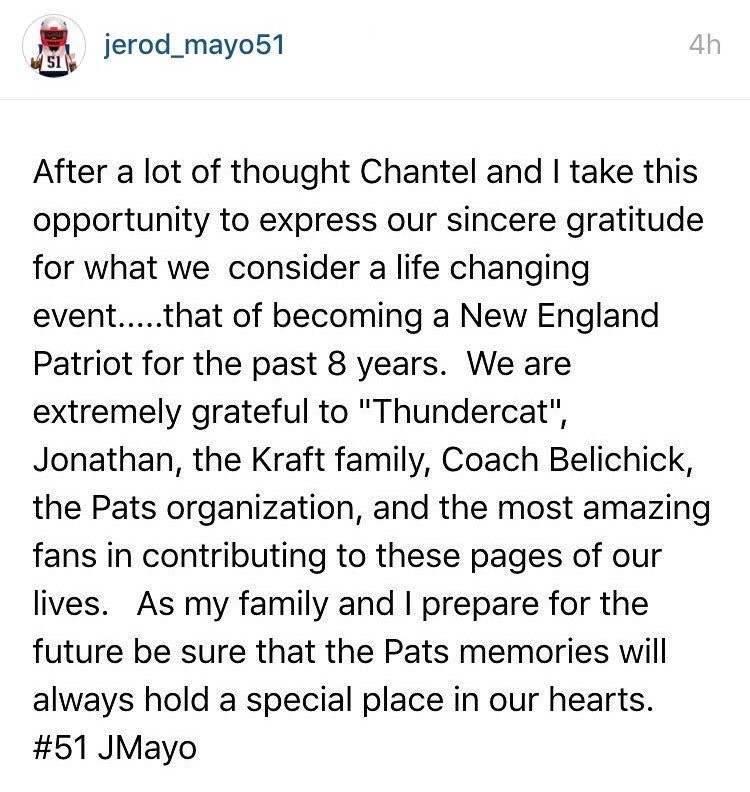 When a player retires from an organization that he’s been with for a long time, he’ll look at who’s going to be taking over for him — no matter the position — and if that level of play will be able to be maintained. Well, before I even decided to retire [in the 2009 preseason], with Jerod Mayo already there, I knew the linebacker position would be well-manned. That was his rookie year. I could already tell his professionalism he had and one day he would be a captain on that team. Since then, I’ve watched every snap of his career, and it’s been a joy for me. He’s a guy I felt connected with. I felt every injury he had, and the two comebacks from major injuries, I felt that too. There are certain feelings you know they’re going through. I’m so proud he had so much success.”