Today Rodney Harrison the former Patriots safety joined the Dan Patrick Show and discussed Cam Newton and his dancing. While he said it did not bother him, Harrison said if he was on the opposing side he would try to hurt Newton.

Harrison added, “I would try to hurt him. I would go right for his knees. That’s the goal. You want to knock him out — that might be the difference between winning and losing the Super Bowl.” 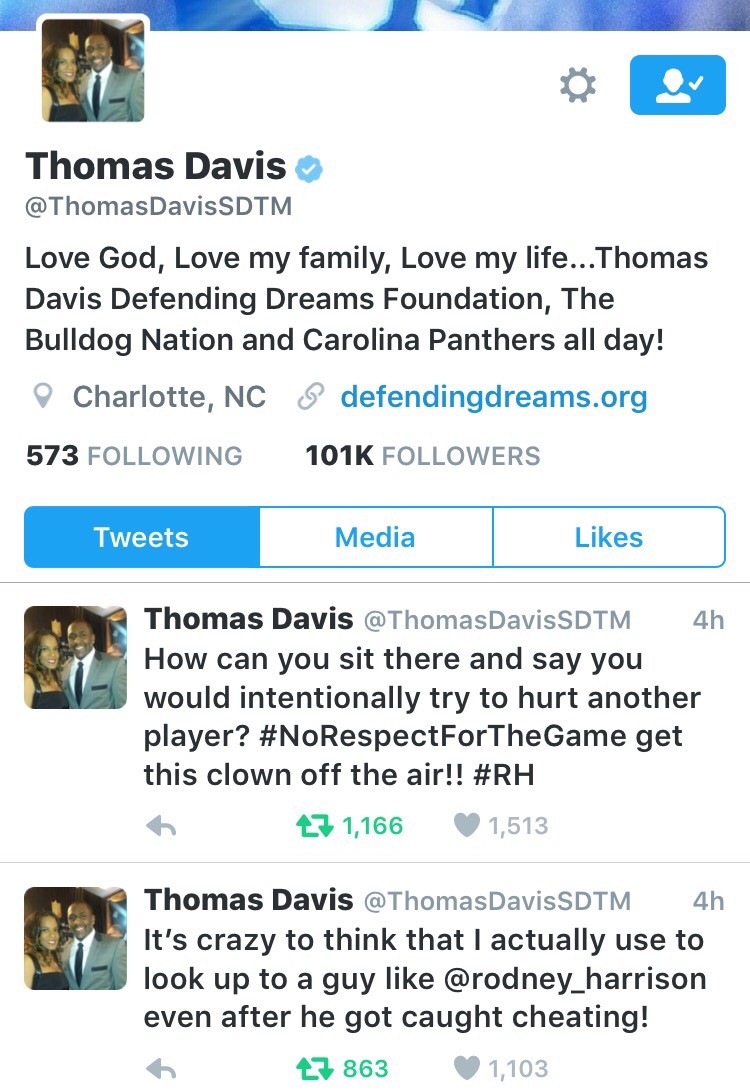 I have to say I agree with Davis. Do you?