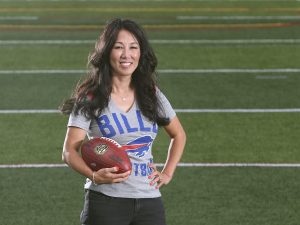 The Rooney Rule was put in place for African Americans to get a fair shake in the workplace, and now it sounds like the NFL will make teams interview a female as well.

According to Pro Football Talk, the Commissioner said that the league is going to expand efforts to get more women into executive positions around the league as well. He state it Thursday when speaking at the NFL Women’s Summit, Goodell said that the league will extend the Rooney Rule requirements for interviews with executives to women.

“We have something called the Rooney Rule which requires us to make sure when we have an opening at the team level or the league level that we are going to interview a diverse slate of candidates,” Goodell said. “We are going to make a commitment and we’re going to formalize that we as a league are going to do that for women at all of our executive positions.”