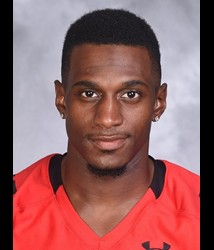 St. Francis University wide out William Martin is a speedster with great hands

My name is William Martin.

My position is slot/wide receiver.

The coolest things I have done off the field is hang out with my 12 year-old best friend Brent, who has autoimmune deficiency, and his two brothers. We have eating competitions, competed in a 5K marathon together, did a push up competition two years in a row for a cancer fundraiser at my school’s basketball games, talk about girls, school, being grateful, not taking things for granted, and having respect for other people.

The hardest college class I ever had to take was Business Law.

I am from Burlington, New Jersey.

My role model is my mother because I have never seen someone go through the pain that she had to endure, still have a smile on her face and carry on with her daily life like nothing happened. She is hard working, selfless and one of the only few people who has my full complete trust.

Growing up, the only sport I played other than football was track & field.

Other than slot/wide receiver, I played running back, corner, kick returner, and punt returner.

At my position, my route running, speed, great hands and competitive nature separates me from others.

When I am breaking down film, I look for tendencies and techniques of corners, line backers, and defensive ends, while understanding the coverages that the defense utilizes the most.

The toughest player I have ever faced is Daquan Minter, who played CB on my team. He was the best corner in our conference and it was always a battle between us during one on ones in practice.

If there is one player in the NFL who I could compare my play to, it would be Antonio Brown from the Pittsburgh Steelers. We both are smart, have excellent route running abilities, have reliable hands, and even though we are far from the biggest on the field, we like to block and are not afraid to get hit catching the football.

The biggest obstacle in my life that I had to overcome was when my parents divorced when I was 11 years old. It forced me to become a man at the age of 11 to protect my mom and sister because I was officially the man of the household and still is to this day. I had to grow up early, by running errands for my mom when she could not, find my own transportation to places, become a handy man, and make sure I was still on top of my grades and athletics. This experience has shaped me into the man that I am today.

My biggest strength is my work ethic and my willingness to learn and better myself (whether it is mentally or physically).

My biggest weakness is that I tend to ask a lot of questions which may make appear as if I do not understand or know something but it is only for reassurance purposes. 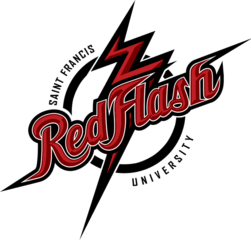 If you were a GM, I would say that you are getting a player who is ready mentally and physically to make a difference in your organization from the coaching staff, to teammates, to playing on the field. I am hard working, willing to learn, accountable, a role model, well-spoken, and a true class act on and off the field.

My favorite player growing up was Barry Sanders.

If I could have dinner with three people dead or alive, it would be with Martin Luther King Jr., Bruce Lee, and Martin Lawrence.

The first big items I would buy once I am in the NFL are stocks in Apple, Google, and Exxon Mobil.