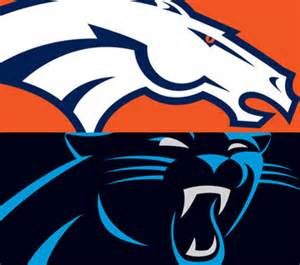 Peyton Manning and the Broncos beat the odds

The Super Bowl is here, meaning the NFL season is coming to an end. We are going to be without football for months, but no need to mope. We still have the biggest game of the year up for grabs.

The problem is, Newton will be lining up against the greatest quarteback to ever play the game. Peyton Manning the 39 year old gunslinger will lead the Denver Broncos on the field for what may end up as his last game.  The Broncos signal caller has been horrible this season and was even benched during the middle of the year.  Manning cannot make mistakes if he wants to win his second Super Bowl.

Here is our prediction:

Panthers receive the ball first and Cam Newton and the Panthers offense come out to a hot start. Ted Ginn lands a huge reception on a broken coverage play and gets the ball down to the 4 yard line. Newton hits his fullback Mike Tolbert out the backfield for the first score of the game. Carolina hits the extra point, and the Panthers go up 7-0.

Peyton Manning goes three and out and on a horrible punt the Broncos facemask the return man putting them in great field position. The Broncos get Cam to a 3rd and 17 and he hits Greg Olsen for 15. Graham Gano connects after the Panthers fail to pick up the first down.  The Panthers are leading 10-0 at the end of the first quarter.

The Broncos fumble the kickoff return to start the second quarter. Newton hits Jericho Cotchery for a 15 yard touchdown pass and the Panthers are cruising. 17-0

The Broncos trailing 17 come out and hit a nice pass to Emmanuel Sanders.  C.J. Anderson ends up ripping a 20 yard run on the drive and the Broncos get within field goal range with seconds remaining in the first half.  Broncos elect to kick the field goal from 37 yards out and Brandon McManus pipes it, making the score 17-3 to end the half.

After the Halftime prep talk, Peyton Manning tells his teammates that he is preparing to retire after this game, and told them all he wants to go out with a bang. The team gets fired up and the Broncos come out inspired after the half.

Broncos get the ball and Peyton Manning dissects the Panthers defense going 84 yards and 7-7 to start the quarter.  The Broncos score a touchdown when Manning hits Owen Daniels for a 5 yard touchdown in the middle of the endzone. Broncos are one score away from tying the game.  17-10 Panthers.

The Panthers get the ball back, and the Broncos defense is all over Cam Newton. Von Miller sacks Newton, then Derek Wolfe eats up a run play on third down to get the Panthers to punt.

Broncos get the ball back after a 33 yard shanked punt. Manning connects on a 24 yard slant to Demaryius Thomas in front of Josh Norman and the Broncos get within scoring distance. The Panthers defense hold them to a 27 yard field goal. 17-13 Panthers.

Panthers get the ball back with :17 second remaining in the third quarter. Cam hits Ted Ginn on a huge 89 yard pass play which goes for a touchdown but offensive lineman Michael Oher had hands to the face on Shaquill Barrett during a pass rush which brings it back. That call could end up being huge.

Panthers have to punt the ball and the Broncos get the ball back at their own 48 yard line.

Manning surgically places three balls to his wide out and hits running back Ronnie Hillman out the backfield to take the lead over the Panthers. 20-17 Broncos.

Panthers try to get something going, but the Broncos defense is too strong. Cam gets his team in field goal position to tie the game with 5:44 left in the game, but Gano misses the field goal.

Manning comes back onto the field and throws an interception on the 20 yard line when a pass is tipped by Kawann Short at the line of scrimmage and caught by Luke Kuechly.

Cam has a chance to tie the game, but in desperation, Newton throws a pass to Ted Ginn who tips the pass in the hands of Aqib Talib who returns it 57 yards for a touchdown. The Broncos come back and beat the Carolina Panthers 27-17 to give Peyton Manning his second Super Bowl Championship.