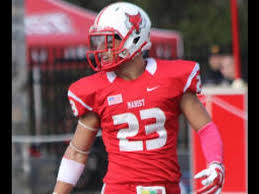 Zach Adler of Marist is game changer. I love his ball hawking abilities

Every year I get to volunteer and work for the Special Olympics we hold at Marist College.

My grandpa and my dad. I have looked up to both of them since I was young and they both have molded me into the man I am today.

I’ve played running back, wide receiver and even kicker

I would have to say my ability to read a play before it even happens and the ability to put myself and my team In the right spot. Also being a vocal leader on the field. Playing wide receiver my whole life I believe I have great hands and can read receivers route breaks considering I played the position for so long.

I see if the quarterback, wide receivers, running back have any tendencies. I also like to watch the full game film of my opponent vs other teams because I like to get a feel of the play calls the coach is calling and at what times and field position they are on. I especially like to see when my opponent will run a trick play or if they will go deep right after a turn over for example.

Reggie Bell wide receiver for University of San Diego. Plays for the Saints.

Tyrann Mathieu “the honey badger” I believe I am a play maker and at any time I can make that big play to change a game. I also believe I can read plays and react before they happen. Not only is he a great athletic DB but he is physical as well. I finished with 17 career interceptions but at the same time I’m not afraid to come down and make the big it. One thing I also like about the honey badger is the energy he brings and how his teammates feed off him.

I would say not getting a lot of offers coming out of high school. I took it personal and made sure I was the first one in and last one out of everything I did (gym,practice,treatment,film). It made my work ethic that much better and it made me the player I am today.

I like to listen to music and eat candy. My favorite candy before a game is skittles.

I’m hard working and dedicated and will do whatever it takes to be successful and I won’t stop until I am successful.

Speed but I am faster than it appears and my game study and ability to understand angles and route running helps overcome that. 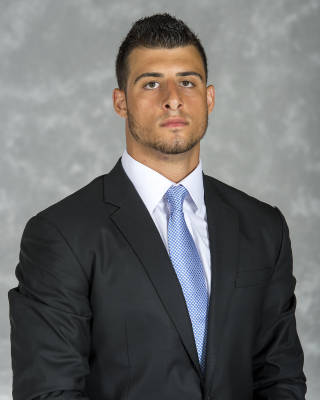 I am versatile, I can fit in many schemes, FS/Nickel/Dime. I am big/strong enough to cover TE and quick enough to cover slot I am willing to do whatever the coach needs me to do- I think I showed my versatility in the Tropic Bowl game against some top prospects on the very first play of the game- on the kickoff I was 2nd inside, ran my lane and closed properly, made the big hit and caused a fumble.

I would like to take my entire family out for a nice dinner, considering I wouldn’t be where I am today without them.