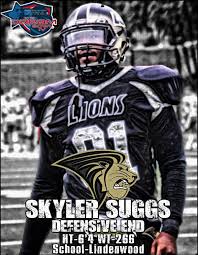 Skyler Suggs of Lindenwood makes his presence be felt off the edge. The kid is a very sound pass rusher

I helped coach my former middle school basketball team in a few summer tournaments, my little brother Cason played on the team

Scott Suggs, my older brother who plays pro basketball for the Raptors D-League team “Raptors 905” he has set a great example for me and helped me grow spiritually with God and my faith

Yes, basketball I played one season with my older brother in High School

I played Wide Receiver and Outside linebacker in High School, Tight End at Northern Iowa and Arizona Western (switched back to DE at both schools)

My size and quickness but my length is my greatest asset

I look for things I can exploit such footwork or if the OL leans a certain way. Also I look at the protection scheme and how fast the Quarterback gets rid of the ball

Randy Gregory when I was playing some Tight End at JUCO

Cameron Jordan, I feel we have the same style with a mix of speed, power and the way we both use our hands

When I tore my MCL in the second game of my senior season this year, but I stayed strong and prayed a lot because I knew God had a plan for me.

No not really I just go out and play 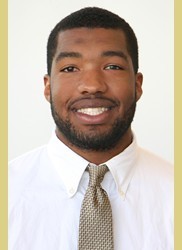 I could improve my eye discipline

I’m a guy that you want on your team, I can make plays, I have the size and athleticism, I work hard, I’m not a distraction and you won’t regret it.

It was the Rams but now that they have left St. Louis I need to find a new team

Jesus, a NFL coach who is interested in me and Lebron James