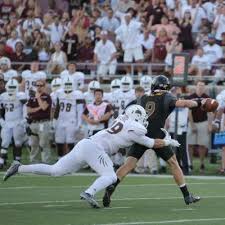 Born in Bronx New York but raised in California 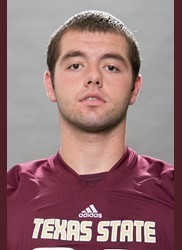 When breaking down film what I like to 1st look for is if the opponent will give small things away such as if he is giving me a high hat or low hat on a run or pass if he likes to stare where he is going and the differences in stance from when it’s a run or pass. And what he does on certain down & distance

I would have to respectively give that to my old junior college teammate Will Latu who was the #1 ranked OL in the country at the time. Practicing against him all the time helped me in my game

I would have to say Michael Bennett from the Seattle Sehawks he plays the run very aggressive and fast he is a run stop 1st pass rush 2nd but can switch to pass rush quick enough to help in the pass rush phase he can play strong side d-end and line up as a 3 tech in a 4 front for pass rush as well.

I would have to say going to junior college to get a football scholarship. Not too many kids can make it out of the JUCO route but not too many can relate to the JUCO struggle as well. I overcame it by just focusing on the dream and task that was at hand I knew my mother would have a rough time to help get me through college so I had to make it work and the reward was getting a scholarship and having her pay nothing.

I would have to say being as strong as I am because it helps me while playing in the trenches and it’s a straight war in there and only the strongest will survive.

I play the game not only because I love it but because of all the hard work and dedication it takes to play it. i live for the grind that’s all i know because I want to be the best ever at the position I play and the best ever at what I do and wining rings comes with that.

1st big item would probably be a house for my mother if anyone deserves anything is her!