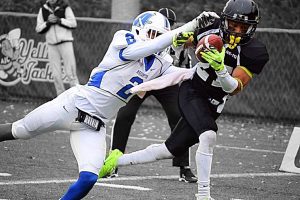 Mike Ford of American International College is very solid in coverage. I like his motor and sideline to sideline movement

I am from Sammamish, Washington right outside Seattle

My role model I would have to say is my father he is the ultimate professional and all about do things the right way. It certainly is nice to have a figure like that in my life

I played football, basketball, and hockey.

In high school I played cornerback, Slot receiver and running back

The thing that separates me from others in my position is the hard work I put in whether its film study, the weight room field work. Playing the position of cornerback you have to be savvy play with great instincts and have a short term memory. Having these qualities have made me into the player I am today.

Every team has tendencies they like to run certain plays in certain situations. Formations dictate plays as a player you have to study the film to figure out those tendencies. As a cornerback knowing the wide receivers splits and studying there stems on certain routes is one of the many things I look at when studying tape.

Kasen Williams now who is a wide receiver for the Seattle Seahawks is the toughest player I faced.

There is a few players I would compare myself too Brent Grimes for the Miami Dolphins, Nickell Robey Buffalo Bills and Buster Skrine for the New York Jets. Those guys aren’t the tallest players but they are very crafty and very sound football players. I have learned a lot of things from a technique stand point watching those guys play.

Overcoming a broken leg my senior year of high school. With intense rehabbing and dedication I was able to bounce back and put together a successful college career.

No pre game rituals I just like to get into my zone before a game. 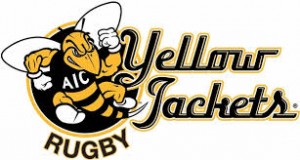 “My will” I always find a way to get the job done whatever it takes.

Wouldn’t say I have a weakness just things I can work on nobody is perfect.

With all these pass first offensives in the National Football League having players that can defend these aerial attacks. I am a player that can cover on the outside at corner come into the slot a take on the Julian Edelman’s of the world and can blitz and tackle. I just don’t want to make a team I want to make the team better. With my skill set I certainly can do that.

Help my parents pay both my sisters college tuition.