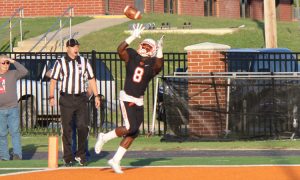 Juwan Dotson is a very talent wide out with great hands and speed. Juwan Dotson reminds me of an younger Anquan Boldin

The coolest thing would have to be going up to the elementary school by my college and getting to read books to the kids while in my jersey. I never knew that even being a Division 2 football player that I had a responsibility to be a great role model for those who I may not even know are watching.

My Grandmothers, they have both been through so much but have never given up. So growing up watching that I had no choice but to develop that “Keep Pushing Forward” mentality.

Corner, Safety, Running back, and Quarterback

My football IQ I take pride in the Preparation it takes to be great. 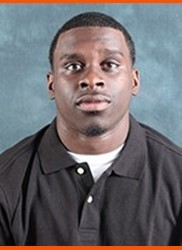 Tendencies of the defensive players. Things such as whether or not they give away coverages or have holes in there technique such as false steps or bad hips.

I would have to say Anquan Bolden/Steve Smith, there such Dogs on the field. I’ve never been the tallest player so I relate to Steve because like him I play much bigger than I am. And Anquan because no matter where the ball is I believe it’s my job to go get it PERIOD.

Losing my Big Brother Deivon. That really almost broke me I spent a lot of time dealing with that. I made it through because of my real family and my athletic family. Every team I played for after that I made it a purpose to create a brotherhood because I knew those ties were important.

I run through all my routes pre game. And I listen to the same playlist every game no matter what. I also pray in the end zone right before the coin toss.

My football IQ and my Hands

Not having the chance to showcase my talent on the biggest college stage.

I know I have the talent to compete with the best not only because of my God given abilities but more importantly because of the work I am willing to put in to be better than I was the day before. There Is no sacrifice I will not make for my coaches or my team to be successful and I know that starts with me being fully committed to the grind.

A new Home for my grand parents