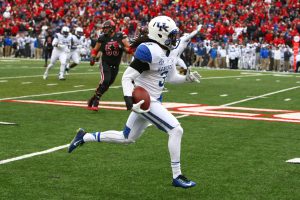 I’ve done a couple mentoring jobs with younger kids, and helped with a flag football game for people with autism, mental disorders.

It was a class about Earthquakes, the teacher didn’t really teach it well enough.

My Mom is my role model because growing up I seen what she had to do to keep her household up of 7 kids and it was hard, so that formed me into the man I am today.

I played basketball, and ran track.

I would say I was the smartest in my position, I knew the whole defense with no problems, I catch on really fast.

I look at how the quarterback plays and watches his WR’s. I look for WR’s releases and their favorite routes.

The toughest would probably Gurley at RB, Prescott at QB, and Devante Parker at WR.

I really wouldn’t compare myself to any, but I love Sherman because he talks a lot of trash and Revis because he’s just a raw talent.

Knowing the defense and calls, Quickness

Sometimes my reaction times are slow 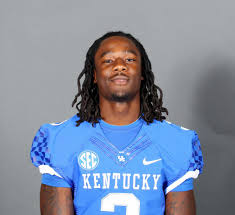 I would say all I need is a chance to prove myself, I wouldn’t let him down and let my work talk for itself.

AJ Green, but I’ve never had a favorite NFL team.

It would probably be my dream car a Bentley or Audi A7, or a condo.