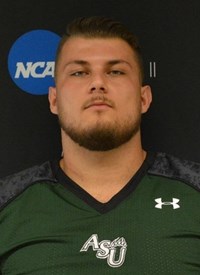 I prefer Right Offensive Tackle but can play Tackle and Guard on both sides.

I played for the Sacramento State Hornets from 2011 – 2014 and transferred to Adams State University in the summer of 2015 and played my senior year in Alamosa, CO.

I coached a flag football team back in 2010 in Austria and won the championship with my team. Seeing now all those young athletes I coached that played in the class category 10-13, play now tackle football and how I impacted them on their transition to this wonderful sport just brings joy to me and truly shows football is about giving back!

By far the hardest but at the same time the most interesting class I ever took was Government 142 – Politics of Africa with Dr. Cannon at Sac State.

I am born and raised in Vienna, Austria.

I would say Arnold Schwarzenegger. When I read his Autobiography Total Recall it blew my mind. He is a great example of success and his 6 rules of success are a great guideline for a successful life!

Like every other Austrian kid growing up I played soccer at a young age and before I started with football in 2005 I was doing Judo, with Peter Seisenbacher, two times Olympic Gold medalist as my coach for 4,5 years.

I was used as a Nose Guard in short yardage packages in my youth and played a little bit of Tight End, but I mainly played Offensive Line throughout my life.

I would say my understanding of the game and my ability to apply fast what is asked from me.

When critiquing myself on film I usually make a grading sheet and grade myself first on Missed Assignments and Technique with a plus and minus. Furthermore, on each play I analyze the same coaching points, get off the ball, first step, pad level, hand and head placement, and finish.

I would pick Sebastian Vollmer. I would not say that I look exactly like him on the field, but I followed his career closely since he got drafted in 2009 by the Patriots. Like him I always wanted to be able to be a swinging Tackle so I practice my footwork and kick slides out of both stances. And I like how he always takes the defender where he wants to go and still creates a cut back lane, and for his size he is a very athletic pulling lineman.

The biggest obstacle in my life was the transition from European club football to D1AA college football. I was struggling a lot in the beginning and frustration was getting the best of me. I overcame this obstacle by telling myself every time I felt down and alone, to never satisfy the doubters and nay-sayers back home.

I like to take a hot bath for 7-10 min and stretch before I get changed. And right before I go out to the field I like to do a visualization exercise that helps me mentally during the game to be locked in. I pretty much sit in my locker in my uniform and lean back and close my eyes. While my eyes are closed I visualize two clay jars. One is open and the other one is close. In the open one I put everything that is not related to football that was bothering or distracting me throughout my week of preparation and then close the lid. Then I look over to the other clay jar and open it imagining, everything that was related to this specific game is coming out and flowing into me. Blitz charts, stunts, down and distance situation and what look we might get, and most importantly I review mentally all installs and adjustments that are in the game plan for today. 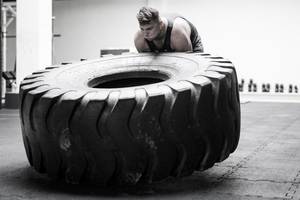 I play this game with a lot of emotion and passion.

Sometimes I tempt to talk too much.

I would explain the GM that since 2009, several German lineman have shown to be useful and reliable players for several organizations. Examples would be Serbastian Vollmer, Bjoern Werner, Markus Kuhn, Kazim Edebai and that now with the plan by the league to show more and more games in the United Kingdom and hopefully Germany in the next several years, the chance for an Austrian Lineman to get an invitation to a camp would ultimately serve as positive marketing across Europe for his organization, and allow another European lineman to get a chance to compete in NFL and help your team win football games.

I would like to get my mother a trip around the world as a way to say thank you for all the support those years I have been so far away from home.