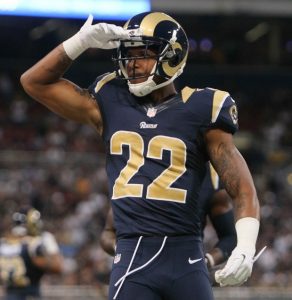 Rams cornerback Trumaine Johnson could be getting paid soon

The Los Angeles Rams freed up 50 million dollars by released Chris Long, James Laurinaitis and Jared Cook, but have a bigger problem because both Janoris Jenkins and Trumaine Johnson are free agents and expecting huge pay days.

According to Ian Rapoport of NFL.com, the Rams are finally leaning a certain way regarding their two cornerbacks.

The Rams are likely going to use the franchise tag the former small school cornerback Truamine Johnson. The move would be somewhat unexpected since the team still needs to sign cornerback Janoris Jenkins to a long-term contract.

There’s still a chance they could sign Jenkins (or Johnson) before the start of the free-agency signing period on March 9, but the time to make a move is running out.