Let’s learn about the Tags in the NFL; Good information 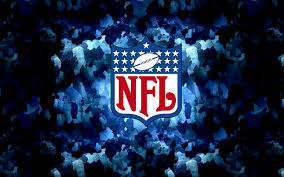 Do you know about the Tags NFL teams can use? Let’s learn

NFL teams can use the Franchise or Transition Tag on players who will be free agents at the start of the league year, which begins 4:00 p.m. on March 9th.

What is the Franchise Tag?

The franchise tag keeps a pending unrestricted free agent on his team for one year with a guaranteed salary that is an average of the top five highest paid players at that position or 120% of the player’s previous salary, whichever is greater.

What is the “Exclusive” Type of Franchise Tag?

What is the “Non-Exclusive” Type of Franchise Tag?

A non-exclusive franchise tag means the player can negotiate with other teams, but his current team can match any offer. If his old team doesn’t match the offer, it gets two 1st round picks. The non-exclusive franchise tag is used more often, as a player’s old team usually sees it as a win-win to keep the player for an extended contract or move on for two prized 1st round picks.

What is the Transition Tag?