James Laurinaitis is shocked that the Rams released him 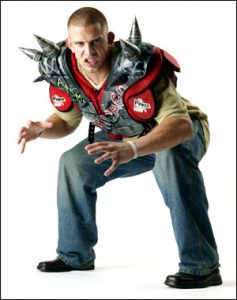 James Laurinaitis is a beast, and now he is available to sign anywhere

James Laurinaitis has been one of the best players for the St. Louis Rams over the past several years and he was downright shocked when he was informed of his released from the team.

“I didn’t see this one coming,” Laurinaitis told the St. Louis Post-Dispatch.

Laurinaitis had been approached by the team to help them market in Los Angeles, so he thought he was safe.

“So I was like, if they’re gonna call and ask me to do that, I must be all right,” Laurinaitis said. “I thought maybe at worst, a pay cut. I still felt like I was producing.”