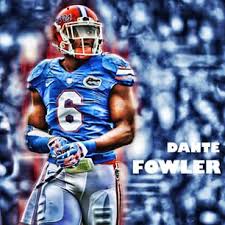 The NFL is something else, and the lifestyle is crazy for some players.  Well Dante Fowler the former 3rd pick of the 2015 NFL Draft is learning that everything is under surveillance when you area player.

The former Florida Gator, played the role of referee as the mother of his child brawled with another woman at a FL apartment complex, according to TMZ Sports.

It all went down on February 1st around 10 PM. That is when his girlfriend and his baby mama began fighting and Fowler played the role of a ref.

If you watch the video, Fowler tells the one girl it is on. He looks like a UFC ref…..