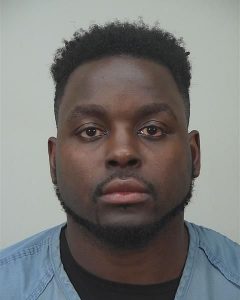 Montee Ball the former Denver Broncos running back was arrested Friday morning after he reportedly hit his girlfriend in a hotel room.

Ball was arrested by Madison police early Friday after he allegedly pushed his girlfriend into a table at a Downtown hotel. Ball, 25, was taken to the Dane County Jail on a tentative charge of substantial battery.

“The woman told police she had a dispute with her boyfriend,” said police spokesman Joel DeSpain. “She said he put his hands on her, picked her up and threw her.”