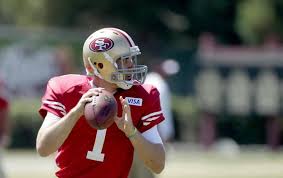 Seantavious Jones and Xavier Rush are two big wide outs, and McLeod Bethel-Thomspon was recently with the 49ers serving as a back up quarterback.