Dolphins RB Lamar Miller wants to be a featured back; Wants recognition he deserves 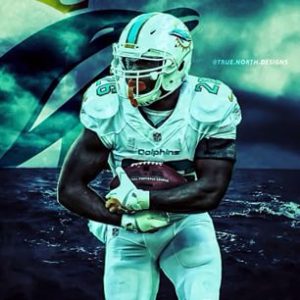 Lamar Miller wants to be a featured back, but is he worth it?

Is former University of Miami running back Lamar Miller really hoping to be the featured back for an NFL team?

Well according to Joe Rose and Barry Jackson, Miller has been very vocal this offseason about becoming a featured back in the NFL.

“I want to be a featured back,” Miller recently told Joe Rose of WQAM in Miami, via Barry Jackson of the Miami Herald. “I want the recognition I deserve.”

There are not many teams in the NFL that have one featured back, and in Miami he is really the guy. I am confused by the statements, but when given the chance, he did not wow many people, including Dolphins fans….